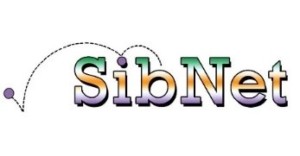 SibNet is the Internet’s first and largest online community for adult brothers and sisters of people with disabilities. Created in 1996 as a listserv, SibNet became an email-based Yahoogroup in 1998.

In 2009, SibNet was also offered as a Facebook group. And in 2012, the Sibling Leadership Network became a co-sponsor of SibNet to provide members information about advocacy efforts and legislation.

Since 1996, SibNet has connected tens of thousands of sisters and brothers from around the globe with their peers, providing members with validation, information, and advice.

SibNet is a remarkably thoughtful, nonjudgmental community of adult sisters and brothers of people who have disabilities. On SibNet, we share:

Concerns and challenges–but we also share insights and joys that only other sibs are likely to understand; and
Information about services, resources, and strategies that help members advocate for their brothers and sisters, themselves, and their families.
Like the greater sibling community, SibNet has a diverse membership: We come from all economic, religious, and cultural backgrounds. We have sibs who have autism, intellectual disabilities, cerebral palsy, Down syndrome, spina bifida, fragile X, and other disabilities.

SibNet is a “closed” group. Only adult siblings of people with special needs may be members.